The Village of Godfrey Parks & Recreation Department offers a Rookie Baseball Program for ages 3-5 and  Youth Baseball/Softball program for ages 5-18.  The youth program focuses on teaching the participants the necessary skills to make them achievers in the game.  Our youth baseball and softball program seeks to teach participants the fundamentals of baseball and softball while instilling good sportsmanship values.

The Village of Godfrey will be participating in a new league called the Riverbend Baseball/Softball League for the 10U, 12U, 14U and High School age groups. These divisions will travel to surrounding communities including Alton, Brighton and Jerseyville.

(*The Godfrey Parks and Recreation Department has the right to add to, delete from, and amend all schedules/dates as deemed necessary.  Dates are tentative and are subject to change.)

If you would like to volunteer as a coach, please contact the office at 466-1483 or email [email protected]

If you are interested in sponsoring a team, please contact the office at 466-1483 or email [email protected] 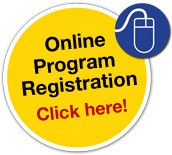 MERBL allows anyone who is going to be a freshman in the 2021-2022 school year, or anyone who will be graduating in the spring of 2021, an opportunity to play in this travelling recreational league.

MERBL follows NFHS baseball rules, with some addendums. The league will consist of 16-18 games, beginning in late May/early June and ending by the end of July (weather permitting). A single elimination tournament will be played at the end of the season.

This is a travelling league- other teams in the league consist of O’Fallon, Belleville, Millstadt, Troy, Granite City and Collinsville.

The Metro East Recreational Baseball League is an organization that was created for and is dedicated to the development of young people in our community. It is our intent to grow and expand to include all ages. It is our belief that this goal can be accomplished by providing leadership for athletic-based activities and by promoting equitable opportunity, good citizenship, and good sportsmanship. The MERBL is a recreational league that does not support or promote the practice of tryouts.

MERBL believes that sportsmanship is a core value and its promotion and practice are essential and that equality and fairness must always be safeguarded. MERBL believes in respect, appropriation, and acceptation of diversity.

MERBL believes the process of striving to reach one’s full potential is more important than winning and that integrity and honesty are nonnegotiable. MERBL also believes the pursuit of excellence of all participants is not limited to the playing field.

The high school league is for boys who are entering high school in the 2018-2019 school year or who just finished their senior year in the 2017-2018 school year. This is a travelling league with teams based in Troy, O’Fallon, Belleville, Dupo, East St. Louis, Collinsville, Maryville, Edwardsville and Godfrey. Teams will be scheduled for a 16 game regular season, 8 of which are home and 8 of which will be away. Games will be scheduled on weeknights and weekends, with weeknight games starting at 6 and 8 pm. Saturdays are the biggest days for games, with some occasional Sundays if necessary. Each team could play up to three games per week depending on weather, field availability, and schedule requests.

The season typically starts mid-May. If teams are not waiting for players that are playing on High School teams to finish their season, they can start early. Teams that are waiting for players to finish their school season are not forced to start early. Most  teams will have started their season by the first week of June. Most regular season games will be finished by mid-July with a single elimination playoff tournament starting immediately after. Playoffs will be finished by the beginning of August, with the American League Champions playing the National League Champion in a best two out of three “World Series.”

The Metro East Recreational Baseball League uses the National Federation of High School Association (NFHS) rules as its base set of rules. These are the same rules that are used by high schools in the state of Illinois. MERBL does have some of its own rules (www.merbl.org) which will supersede the NFHS rules, all other rules will come from the NFHS rulebook.

Registration for this league will begin in January of 2018 and run through the end of March. Registration costs for the league will be around $120-$150/person (subject to change). This will cover the 16 regular season games and the first playoff game, as well as field rental and maintenance costs, umpires, and some equipment and uniform costs. We will accept sponsors to help with the rest of the uniform and equipment costs.

If you are interested in playing, coaching, or sponsoring a team in this league or if you have any other questions regarding this league please contact the Godfrey Parks and Recreation Department at (618)-466-1483 or [email protected] . You can also check out www.merbl.org for more information on the league, including rules and a rough timeline of events.